In 1902, the first modern electrical air conditioning unit was invented by Willis Carrier in Buffalo, New York. After graduating from Cornell University, Carrier found a job at the Buffalo Forge Company. There, he began experimenting with air conditioning as a way to solve an application problem for the Sackett-Wilhelms Lithographing and Publishing Company in Brooklyn, New York. The first air conditioner, designed and built in Buffalo by Carrier, began working on 17 July 1902. 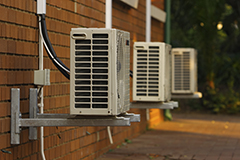 Designed to improve manufacturing process control in a printing plant, Carrier’s invention controlled not only temperature but also humidity. Carrier used his knowledge of the heating of objects with steam and reversed the process. Instead of sending air through hot coils, he sent it through cold coils (filled with cold water). The air was cooled, and thereby the amount of moisture in the air could be controlled, which in turn made the humidity in the room controllable. The controlled temperature and humidity helped maintain consistent paper dimensions and ink alignment. Later, Carrier’s technology was applied to increase productivity in the workplace, and The Carrier Air Conditioning Company of America was formed to meet rising demand. Over time, air conditioning came to be used to improve comfort in homes and automobiles as well. Residential sales expanded dramatically in the 1950s. 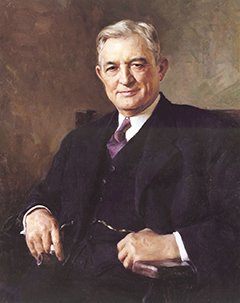 In 1906, Stuart W. Cramer of Charlotte was exploring ways to add moisture to the air in his textile mill. Cramer coined the term “air conditioning”, using it in a patent claim he filed that year as an analogue to “water conditioning”, then a well-known process for making textiles easier to process. He combined moisture with ventilation to “condition” and change the air in the factories, controlling the humidity so necessary in textile plants. Willis Carrier adopted the term and incorporated it into the name of his company.